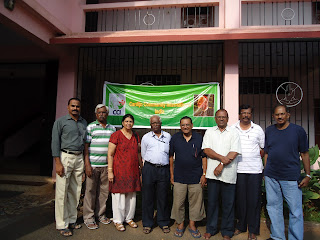 The National Team of CCI-India in their meeting at Trichur, Kerala from the 15th to 17th May 2012 undertook an extensive review of the reality of CCI in India and the steps taken since the National Council in November last. They came up with a multi-pronged approach to build CCI in India and to promote Cardijn.
Some of the salient features of the decisions are:

Survey on the living and working conditions of internal migrant workers:
To be undertaken in 6 phases viz. (i) Finalisation of the objective and guidelines; (ii)data collection; (iii)analysis of data collected; (iv)consultation to discuss the outcome of the survey and to plan action with the field workers, experts, sociologists, organisations working on migrant issues and CCI leaders and animators; (v)publication of the survey and the last phase (vi) will be the action part (representation, lobbying and sensitization on the issue).


SPSS (Statistical Package for Social Sciences) will be the technical tool used for formulating guidelines and analysing the data collected.
2 fulltime workers from CCI will be appointed for 2 to 3 months to conduct the survey in 6 major cities in India (Chennai, Mumbai, New Delhi, Pune, Bangalore and Hyderabad).


One day Study in all CCI Chapters:
To strengthen the CCI in India, each Team member will be responsible for one or two Chapters and they will visit the Chapters and conduct a one day study on Review of Life, what is CCI, etc. A calendar was drawn up.
New areas for extension: Coimbatore and Trichur

Calendar of annual events in every Chapter:

The National Team came up with a suggestion for every Chapter to observe the following 4 events compulsorily in their Chapters. The events will be:


It is to be noted that New Pentecost will be observed on the 27th of May 2012 on the theme ‘Social Commitment of the Church’.

Co-option of new Team Member: James Sylvester from CCI-Hyderabad has been co-opted as the National Team Member (image: below - right)


CARDIJN MEDIA:
Cardijn Media is a joint project of International CCI and National CCI which is to be registered as a company in India. Cardijn Media will come out with audio, video and print materials promoting Cardijn’s spirituality, vision and methodology.


Vatican2+50 - A Cardijn Perspective Conference, Manila
Many CCI and non-CCI members have evinced interest in attending the Manila conference. The team finalised the list of participants who would be attending the conference.


Other decisions:
The team also discussed and came up with plans on various other issues like relations with the CBCI, Media Training and SCT on Impact of Social Media in Secunderabad this July, publication of CCI brochures in Hindi and Tamil, a consultation on ‘Work and Worker’ in 2013, affiliation with the international CCI, legal status of CCI-India and various other issues of relevance. 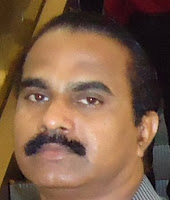 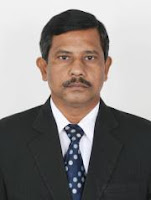 Posted by Cardijn Community International at 10:02