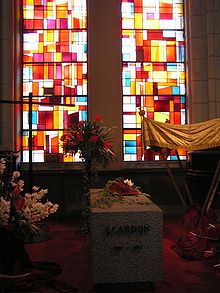 The year 2012 also marks the 100th anniversary of the first group of YCW that Cardijn started in his parish in Laeken, Brussels.

Incidentally 2012 also marks the 50th anniversary of the convening of Vatican II in which Cardijn played a major role in demanding that the Church promote development and lay participation.

On this day, CCI rededicates itself to continue to promote Cardijn's spirituality, vision and SEE-JUDGE-ACT methodology.

Posted by Cardijn Community International at 22:37