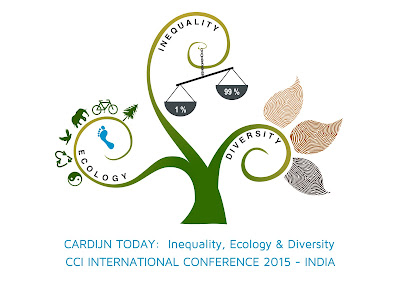 Inequality: According to a recent report by Oxfam, half of the world's wealth is now owned by just 1% of the population. Another Forbes report states that the 85 richest people in the world own as much as the poorest 3.5 billion people. Pope Francis has quoted that 'inequality is the root of social evil'.

Ecology: The United Nations will host a Climate Change Summit in Paris in December 2015 to address the issue of global warming. Pope Francis in his recent encyclical on 'Environment' titled Laudato Si' called upon us to care for our common home. He speaks about 'ecological conversion' as the need of the hour.

Diversity: As the world becomes increasingly diverse in terms of culture, ethnicity, religion and even sexual orientation, the issues of tolerance, harmony and freedom have become increasingly important. In India, we have long been experiencing 'unity in diversity' though there are some conflicts generated now and then for partisan gains.

The CCI International Conference will offer us an opportunity to reflect on these issues together with like minded people from various other countries based on Cardijn's perspectives.

It is to be noted that the entire Conference will be based on Cardijn's time tested See-Judge-Act/Review of Life (ROL) methodology.