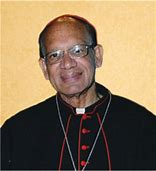 Cardinal Oswald Gracias, Archbishop of Bombay and one of the advisers of Pope Francis has been elected as the President of the Catholic Bishops Conference of India (CBCI).

With the election, Cardinal Gracias created history as the first Church leader to head the Church in Asia as well in India.

Cardinal Gracias is the president of the Federation of Asian Bishops’ Conferences (FABC) and Conference of Catholic Bishops of India (CCBI), the episcopal body of the Latin rite prelates in the country.

He is one of the eight cardinals Pope Francis chose on April 13, 2013, to advise him on the management of the Universal Church and reformation of the Vatican Curia.

Cardijn Community India (CCI) congratulates Cardinal Gracias on his election as the President of the CBCI and look forward to his vibrant stewardship in building a sustainable church of the poor in India.

CCI conveys its gratitude to the outgoing President of CBCI, Cardinal Baselios Cleemis for his outstanding leadership during his tenure.

Cardinal Cleemis while meeting the leaders of CCI had encouraged us in our work as a lay apostolate network. He was to have inaugurated the CCI international conference in December 2015 at Mamallapuram, Chengalpattu diocese which was postponed due to the floods and deluge at that time. 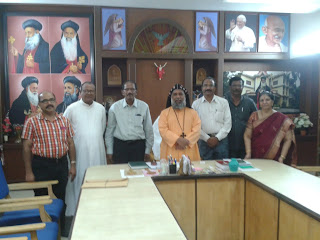